“Begin it where warm waters halt/

And take it in the canyon down/

Not far, but too far to walk/

Put in below the home of Brown.”

IN 1988, author and renowned antique curator, Forrest Fenn, received terrible news: he had cancer, and his days were numbered. The doctors gave him a grim prognosis, with a 20% survival rate of more than 3 years. Fenn struggled with what to do with his legacy, and decided he would like to leave the world with a poignant send off. He filled a treasure chest with over $2,000,000 of assorted treasures, and a copy of his memoir. He planned to walk himself out into the Rocky Mountains, bring along his treasure chest, and die alone among the trees. Whoever would happen upon him would become rich, and gain full access to his life story.

Well, to his pleasure and astonishment, he beat cancer! He spent decades lugging the treasure chest around, often staring at it, wondering what to do with it. In the early 2000’s he decided to take action: he allegedly hid the treasure somewhere in the Rocky Mountains. In his 2010 memoir, The Thrill of the Chase, he revealed that he buried the treasure. He detailed the whereabouts in a 24-line poem containing 9 ambiguous clues for seekers to translate. Over the last 7 years, more than 65,000 people have tried and failed to locate the treasure. Two deaths have occurred during the trek in the last year.

In July 2016, Randy Bilyeu, who had been missing since January, was found discovered in the Rocky Mountain area. He lost his life searching for the treasure. The second death happened just this month; Pastor Paris Wallace of Grand Junction Colorado was reported missing on June 14. His body was later discovered near the Taos Junction Bridge about 5-7 miles upstream from where his car was found abandoned. Fenn has been advised by police officials to call of the hunt, though he has stated he will not do so. He has made public statements claiming how sorry he is for the loss of the hunters, and that it is regrettable. He offers this advice, “anyone who goes into the mountains should be prepared, use a GPS and always be aware of possible dangers.” The Rocky Mountains can be a dangerous place, and those seeking treasure should absolutely be cautious.

One thing is for sure, Fenn’s buried treasure has appealed to many, and intense media exposure since 2013 has helped his book sell thousands of copies. He has also written many other books, mostly about the U.S. Southwest, and he still has a lucrative antique collection. There are many websites dedicated to analyzing the clues and documenting the hunt. To read the full 24-verses of the cryptic poem and to sift through theories, you needn’t look far. A simple google search will yield 1.5 million results. Feed your hearts curiosity, and check out Fenn’s book. Find out for yourself what the hype is all about, and whether or not you believe in buried treasure under the Southwestern sky. You might need to dust off your hiking boots and grab yourself a compass. Happy hunting to all you literary detectives itching for adventure and riches- and, do be safe out there. 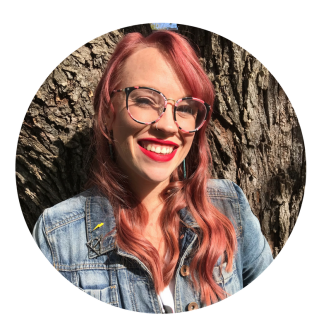 Morgan Messick is a Pop-Culture fanatic, Podcast Host, and total #BookBabe living in Austin, TX with her Husband and little dog Scoop. She aspires to grow her #TBR pile, do all of the hiking, travel as often as possible and make a joke at every turn. She utilizes laughter and yoga for daily medicine, thinks that Harry Potter is magic for all ages, and truly believes Die Hard is a great Christmas movie (SO DEAL WITH IT.) Catch her musings here, and around the web — links in the “about” page!