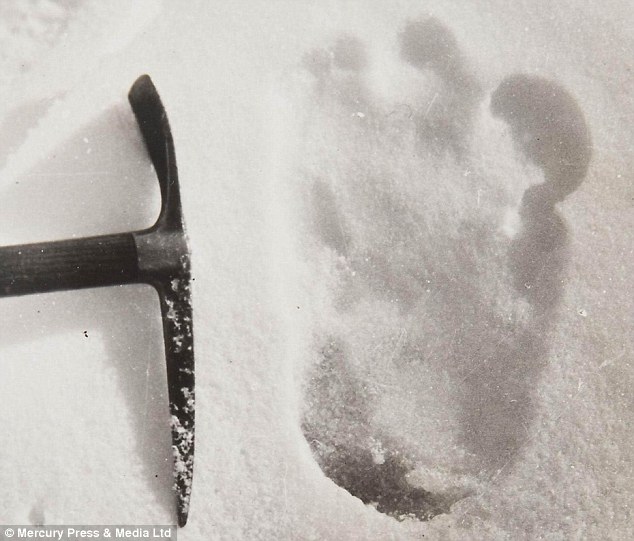 There’s something about the great unknown that intrigues humanity, and inspires our sense of adventure. This is what drives Fantasy, Sci-Fi, Mystery, and so the rest of literature as a whole.  Our examination of things that might have been, and what could be lurking out there, has given us goosebumps and a question to ponder in our spare time: What’s truly out there? This great mystery is what immortalizes the rumors of vampires, the sightings of the Loch Ness Monster, and the everlasting quest for the Yeti.  Author Daniel Taylor explores the nuances of chasing the Yeti in his book, “Yeti: Ecology of a Mystery,” and recently opened up about his personal quest in an interview with National Geographic.

The quest for the Yeti all started in 1951, when British explorer, Eric Shipton took a picture of a giant footprint (with a thumb,) while searching for an alternate route up Mount Everest. Taylor, along with many other enthusiasts, has devoted a great deal of time into researching this photo, and what could be the cause of it. The Yeti has been the center of fictional stories, autobiographies, documentaries, video games, television shows, movies and more. It has consumed lives, and ignited a hunt across the world.  It has been known by many names (including the Abominable Snowman) and is synonymous with fear and mystery for many cultures. Taylor’s book explores the fascination with the Yeti, and the cultural impact it has had globally.  For a more in depth look at the history and the saturation, be sure to check out his life’s work.

There are some explanations out there as to what the Yeti might actually be. In Taylor’s extensive work in the valleys of Nepal, he believes he has identified the footprint as belonging to the “tree bear” indigenous to the Barun Valley. Other bears have been prompted as possibilities, as well as a modern day specimen of an extinct Giant Ape that once lived in the area. With so many explanations floating around out there, why does the fascination live on? Taylor’s final thought on the subject is that the Yeti will continue to be of great importance around the world, and that “the deep mystery at [the core of humanity] is that we want to be connected to the great beyond…and that’s what the Yeti is [for many of us].”

With this thought, it’s inevitable that we will perpetuate the existence of monsters around us, even if there is no evidence for or against it. So, dive into your favorite monster manual, and live for the unknown. Let your vampire books, werewolf sagas, and ghost stories give you life; follow creatures into the unknown- you never know what you might find along the way.

To find out more, check out this episode of “Cover to Cover”