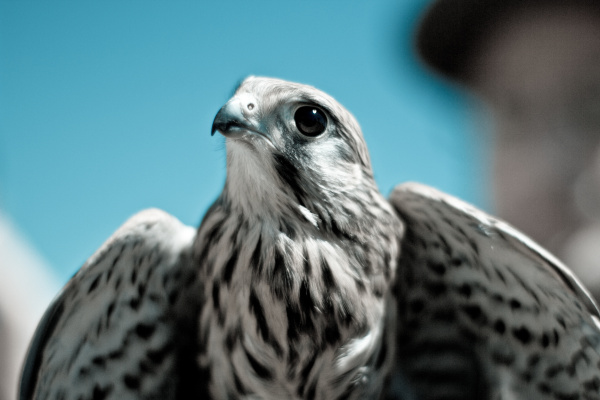 “Or yet in wise old Ravenclaw,
If you’ve a ready mind,
Where those of wit and learning,
Will always find their kind.”

Though I am admittedly a Slytherin, Ravenclaw has always been my favorite house. The colors are blue and bronze, their common room is at the top of a tall spiral staircase and, well, they’re smart! Not just smart. Also witty, wise, motivated and eccentric.

Hm. I’m not sure what the difference is between being ambitious (a Slytherin trait) and being motivated. And the line between witty and cunning is pretty thin too. Furthermore, how does one become wise without exhibiting bravery or loyalty? I know I’m splitting hairs. But I’m just saying: these house distinctions leave something to be desired. But, ya know, I guess that’s why so many people could belong in multiple houses (Harry chose Gryffindor over Slytherin, the Sorting Hat agonized over Hermoine’s placement).

Anyway, with no further ado: 5 books every Ravenclaw should read (or at least add to her already massive TBR list). Plus an Honorable Mention from Morgan at the bottom!

5. Gods and Goddesses of Ancient Greece

This is probably the most niche and pedantic book on the list, but if you’re interested in Greek and Roman mythology, it’s a must-read. If you liked Edith Hamilton’s Mythology, this book is the next level. Just the genealogy trees alone are mind-blowing, but Barthell’s epic encyclopedia of Greek and Roman myth is much, much more. All the myths (and all their variants) are enumerated. Ravenclaws will especially want to know that the mythic Hermione was the only daughter of Menelaus and Helen of Troy. She married Orestes, who famously killed his mother Clytemnestra and was hounded almost to insanity by the avenging Furies. Now, be honest: did you know that already?

4. Religion and the Decline of Magic

Have you ever wondered how astrology, witchcraft and divination, all of which were taken very seriously in sixteenth and seventeenth century Europe, were supplanted and absorbed by Christianity? What about how belief in ghosts and demons went from widely believed to wholly fringe? This book answers those questions while also diving deep into the varied superstitions and evils of medieval Europe. Plus, it’s well-written and readable!

3. The Secret Teachings of All Ages

There are a million+ copies of the book in print, but I still think of it as a hidden gem. Manly P. Hall (such a great name) delves deep into the rituals, allegories and symbolism of Masonic, Hermetic and Qabalistic systems of belief, among many others.

Okay, to be honest, I don’t have enough theological background to understand every single word (ex: The Tetragrammaton, The Bilateral Cipher, the Cosmodromium). Ravenclaws should read this book if they would like to know more about:

2. Genius: A Mosaic of One Hundred Exemplary Creative Minds

This pick is obviously less magical and mythical than the others on this list. But Ravenclaws are famous for producing eccentric geniuses who change the world and Harold Bloom’s book is about 100 of those inspiring creative minds. Both very readable and incredibly fascinating, Bloom’s celebration is wide-ranging and diverse. I especially appreciate his insight on Lewis Carroll, Tennessee Williams and T.S. Eliot.

1. The Power of Myth 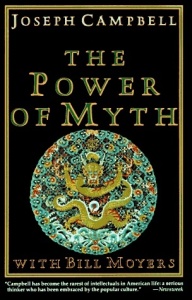 The scholar, writer and mythographer Joseph Campbell was one of the most important minds of the twentieth century. He published various books about world mythology and how their themes and symbols still resonate today. Probably his best known works are The Hero with a Thousand Faces and The Masks of God, but my personal favorite is this one, The Power of Myth, because it’s really a transcript of a very long interview Campbell did with Bill Moyers. Both men were at the apex of their careers and their humor, wit and wisdom is powerful and enlightening. Plus, there are pictures! Even Ravenclaws like pictures!

Prodigal summer is a beautiful book that follows three separate story lines, all intertwined in small town Appalachia.  My favorite character, Deanna Wolfe, is most definitely a Ravenclaw.  She chooses her passion for studies and conservation (specifically of coyotes, which I have a new found appreciation) over life with family and friends.  True, she has many complicated relationships she avoids by living in solitude (don’t we all?!), but she stays true to her focus.  Not to mention she’s one smart boss babe.  Ravenclaws everywhere should give this book a read and carve out a space in your heart for Deanna (she could use some more love).

By the way:
T5W (Top 5 Wednesday) is a weekly book meme created by gingerreadslainey and hosted by Sam @ThoughtsOnTomes. You find out more about T5W and the weekly topics on the Goodreads group here.

Originally posted on Beauty and the Bitch